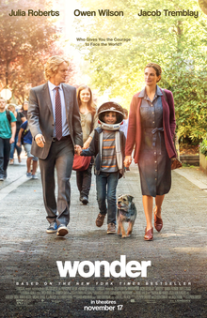 Based upon R.J. Palacio’s 2012 novel of the same name, Wonder tells the tale of Jacob Tremblay’s August “Auggie” Pullman and his battle with Treacher Collins syndrome as he attempts to manage his way through school and a coming of age lifestyle after years of homeschooling designed to prevent him from facing the potential fear of inevitable youth misunderstanding when it comes to his condition. Supported by the beach burnt Owen Wilson and Julia Roberts as Auggie’s father and mother tag team, and directed by Stephen Chbosky, whose previous credits include The Perks of Being a Wallflower and the lead writer’s gig for this year’s adaptation of Beauty and the Beast, Wonder is a solid by-the-numbers tale of acceptance and individual strength which although features an important fundamental message regarding acceptance and the impact of schoolground bullying, does become increasingly tiresome and overly manipulative in its’ emotional bulldozing as it passively lingers on to a conclusion which does manage to seal the deal to some extent and leave its’ audience with an undeniable smile. 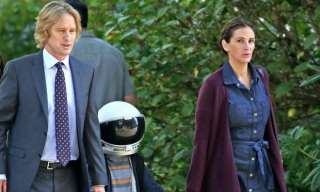 Where Lenny Abrahamson’s Room introduced the world to the enviable talents of young Jacob Tremblay, Wonder solidifies once again that a huge future awaits for an actor who although throughout the film is covered in prosthetics akin to John Hurt in David Lynch’s heartbreaker, The Elephant Man, manages to encompass Auggie’s spectral of emotions to such an extent that the audience can’t help from getting on board and totally support the film’s leading character as he makes his journey through the trials and tribulations of a diverse and sometimes ignorant collection of fellow schoolmates. Whilst Wonder does attempt to balance the heavy dose of Auggie’s characterisation with his fellow family and friends, with the movie sometimes wandering off on tangents to do such via Tarantino-esque title cards, such diversions do come across as somewhat pointless, particularly when regarding the film’s overplayed two hour runtime, and with overly saccharin scenes of animal deaths and endless crying montages, the sentimental value of the narrative does become pretty irksome at times, but with Tremblay stealing the show and even Wilson and Roberts having a fair share of effective quick comedic quips as the relatable parents, Wonder is sometimes preachy but undeniably good hearted. 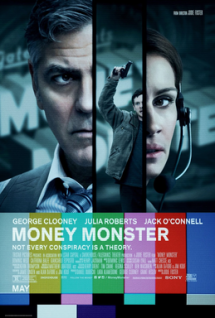 Wall Street. Money. If films like The Wolf of Wall Street and most recently, Adam McKay’s The Big Short, one of my most recent additions to the ever-growing collection of brilliant movies I now own, are indicators of how disgustingly green and shallow such a location in the world is then Jodie Foster’s, yes, that Jodie Foster, Money Monster is somewhat a kettle of similar fish, albeit a much lesser pedigree when placed against its’ predecessors. If The Big Short is a fresh caught grilled salmon, then Money Monster is a week old cod, one left in the freezer for a good week and then battered and covered with seasoning and sauces in order to pass it up as something of quality. Okay, a bit harsh, but there is no denying that Money Monster is a slump of a let-down, a film which attempts to drift between high-tension drama and elements of comedy whilst being tent-poled by a supposed smart plot yet comes off as something of a wimp, with the clichéd and borderline generic story playing its’ hand way too early in order to establish the thrills it attempts to create. 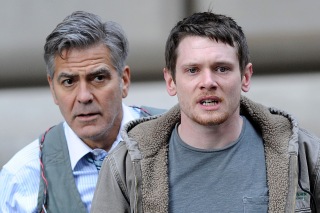 Amidst another day in the high-profile life of financial guru and host of hot TV show “Money Monster”, Lee Gates, played in a somewhat laughable high-key manner by everyone’s favourite Batman (NOT) George Clooney, swiftly gets taken hostage on air by Jack O’Connell’s Kyle Budwell, a young working man left in arrears due to the collapse of IBIS Clear Capital’s stock, owned by the ridiculously and rather too obvious sneaky CEO Walt Camby (The Wire’s Dominic West). Add into the mix Julia Roberts’ director-come-leaver Patty, and Money Monster is the formulaic, on-the-nose snooze-fest the trailers unfortunately stated that it possibly would become. Thrills? Not one, with any chance of a build-up of tension being undercut by silly moments of comedy, some of which may have generated one or two laughs, but ultimately felt completely wrong and almost alien in a film of this kind. Although Jodie Foster gives it a good stab at her own variation of the much superior Inside Man, a film in which she starred in and seems to admire, Money Monster is suitably lacklustre and rather quite disappointing. On the subject of money, Clooney and Roberts must be laughing at their cheque with that being the only reason why they decided to star in such a film. Hollywood nepotism? Perhaps. But hey, Jack O’Connell is great.

It’s been a full year since my first Oscars post. Another phenomenal year for movies and an incredible selection to choose from once again. In the next few hours, the Oscars will be upon us and we will find out the answer to the Internet’s biggest question; “Will Leo win best actor?”. Personally, I’m doubtful. This years heavyweights – 12 Years a Slave and Gravity created huge buzz and have a lot in their corner. Down below are the awards I will be paying close attention too and below each topic is my prediction. 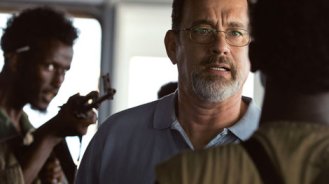 Best Actress in a Supporting Role

Best Actor in a Supporting Role

Best Actress in a Leading Role

Best Actor in a Leading Role

Prediction – Chiwetel Ejiofor (We are all rooting for you Leo!) 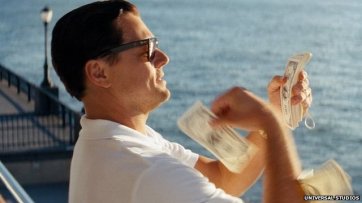 What do you think about my predictions? Leave your ideas below in the comment section!