“We Work In The Dark To Serve The Light…” 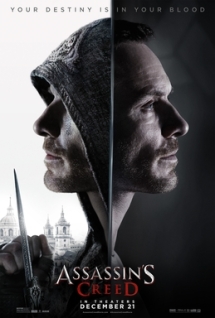 We begin our descent into the year ahead in film with perhaps the most anticipated live-action video game release in recent memory. Beginning all the way back in 2007, the Assassin’s Creed franchise was a spectacular addition to the gaming world, producing more and more content with each and every new release, resulting in enough worldwide popularity to garner an inevitable film adaptation. Whilst it has almost become clichéd to stamp every video game adaption as utter, utter tripe, the signs for Assassin’s Creed were excitingly upbeat considering the talent on display at the heart of the film’s production, with Snowtown and Macbeth director Justin Kurzel being a subverted, interesting choice to conduct the film’s leading stars, stars which include the likes of Michael Fassbender and Marion Cotillard, both of whom were so superb in Kurzel’s blood-stained Shakespearean adaptation of the Scottish play back in 2015. As a fan of the original video game franchise, something of which I suspect will be the case for the majority of the films’ audience, Kurzel’s live-action adaptation is a solid, if rather grim adaptation of the famous series, one which is undoubtedly his own movie, a rarity in Hollywood these days, but something of which ironically both positively and negatively effects the final cut of his latest cinematic venture. 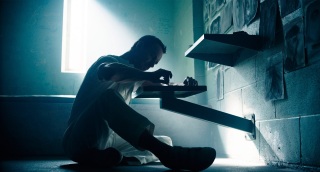 When convicted murderer Callum Lynch (Michael Fassbender) is sentenced to death by lethal injection, he is swiftly captured by the mysterious Abstergo Industries who reveal themselves as a modern-day incarnation of the religious military order known simply as the Templar Order, a secret organisation who seek the lost Apple of Eden, an object of power which they believe will cure the violent ways of human race. Tutored by the the father and daughter duo of Sophia and Alan Rikkin, portrayed by Marion Cotillard and Jeremy Irons respectively, Lynch is asked to connect with his ancestor Aguilar, a member of the infamous Assassin’s Creed, who is key to locating the long lost object of which the Templar’s seek. For those privy to the narrative of the games, the storyline of the cinematic adaptation is pretty familiar, and whilst Kurzel’s stamp on the movie is incredibly on-the-nose in terms of how unrelentingly grim and dark it is, both in literal and metaphorical sense, this particular notion does play a major factor in the overall feel of the films’ appeal. 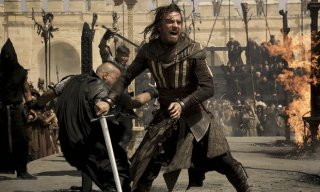 On the one hand, in attempting to create a much darker and less-mainstream movie than other video game adaptations in the past, Kurzel does deserve a level of recognition. yet on the other hand, it does ultimately result in a large portion of the movie being a tough nut to break, particularly I would have thought for an audience of the younger ilk of cinema-goers. What you have therefore with Assassin’s Creed is an admirable if rather flawed adaptation of a fundamentally bonkers video game, particularly in a narrative sense, and whilst the film may seem a feat for those who have played the respective video games, Kurzel’s vision is one of undeniable murkiness, something of which may indeed alienate both the young as well as those who have not previously had the association with the video games that many have had in the past. We start 2017 therefore with an enigma of a movie, but one which at least bears some form of positivity for the future of live-action video game adaptations. 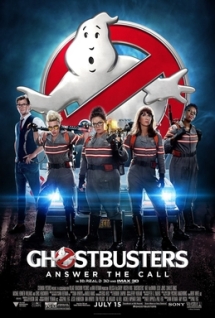 Perhaps gathering the craziest amount of sexist-hate since the birth of mankind itself, it is fair to say that Paul Feig’s revival of the Ghostbusters is that strange case of a film being seemingly given up on before one reel of the final footage has even been released. Of course, being of sound and sane mind like many die-hard cinephiles, the hatred towards the idea of a female-led, 21st century take on Ivan Reitman’s cult classic is one that seemed exciting, interesting and inherently different in a day and age when many remakes or reboots simply repeat the formula of their predecessor in order to simply make a quick buck, destroying the legacy of the original in its’ wake. Point Break most recently pointed out how, when done wrong, remakes can be viewed as just plain stupid and nonsensical, and whilst Ghostbusters is most definitely not as good as the 1984 original, it is nowhere near the disaster many believed it was set to become. That’s right haters, we have a new team in town. 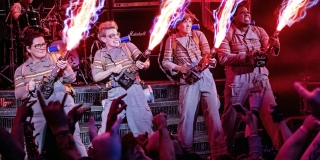 Perhaps relying too much on the uneven plot of CGI set piece after CGI set piece, Ghostbusters indeed is the summer blockbuster you would expect, led by a confident quartet of Melissa McCarthy, Kristen Wiig, Leslie Jones and Kate McKinnon, whose barmy Jillian Holtzmann is arguably the standout of the four, a confident introduction when up against the famous faces of both McCarthy and Wiig. Comedic elements throughout also help the film in times when it verges on the edge of weariness, whilst one scene in particular effectively managed to make me jump out of my seat in horror, perhaps due to the rather obvious 3-D, which, I say with a slice of humble pie, was actually rather effective with scenes in which we witness spectres upon spectres break the frame and reach out into the audience being a rather inventive surprise. Ghostbusters is indeed not the flop many regarded it as before it hit the big screen, but it is nowhere near as good as it perhaps should have been. Light entertainment which will pass the time nicely, Ghostbusters is solid, but not spectacular.