Film Review: Ant-Man and the Wasp

“You Can Do It. You Can Do Anything. You’re The World’s Greatest Grandma…” 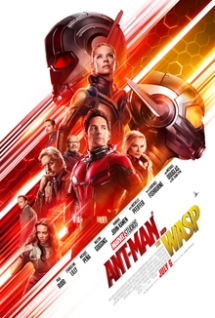 Tasked with being the first Marvel release to follow on from the universally accepted awesomeness of Avengers: Infinity War, Peyton Reed’s second instalment of Scott Lang/Ant-Man’s own MCU journey hits cinemas this week, reuniting audiences with a large proportion of characters from 2015’s excellent origin story as it delves deeper into the notion of the quantum realm and the hopeful return of Michelle Pfeiffer’s (mother!) Janet van Dyne, the original embodiment of The Wasp who was lost many years ago in order to save the world from nuclear disaster. With a zippy pace and a childish playfulness which parallels completely with the two preceding Marvel releases within 2018, Ant-Man and the Wasp undoubtedly falls into the MCU category of “great fun but not particularly necessary” alongside previous examples such as Thor: Ragnarok and Spider-Man: Homecoming, and whilst come the closing credits Reed’s movie falls down under the weight of much better entries within the ever-expanding Marvel Universe, the razor-sharp comedy and fundamentally likeable characters at the heart of the drama all succeed in making Ant-Man and the Wasp a thoroughly enjoyable throwaway superhero ride. 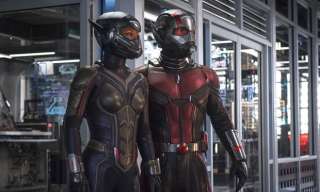 With the Bond-esque sensibility of Black Panther and the gargantuan epic space opera of Infinity War proving to be two of the strongest entries within the MCU so far, it’s fair to say that Reed’s latest follows closest to that of a down-and-out comedy, one which stays well away from the R-rated expletives of Deadpool to keep within the remit of 12A rated family friendliness, but also one which feels comfortable poking fun at not only its’ titular character’s fundamental absurdity but the genre itself, with a bundle of well constructed gags eager to please casual and die-hard MCU fans alike. With each of the primary cast all thoroughly enjoying themselves, the dryness of Michael Douglas’ aged Hank Pym mixed in with the brilliance of a Paul Rudd who seems to have been born for the leading role offers the chance for constant giggles, a feat not undone when the movie switches to a more dramatic tone in order to introduce not one, but two leading villains in the form of Hannah John-Karmen’s (Ready Player One) Ghost and Walton Goggins’ (The Hateful Eight) excellent arms-dealing criminal, Sonny Burch. With the action and spectacle offering a much more expansive usage of the shrinking technology utilised by the movies’ heroes, a concluding car chase wraps the film up nicely, leaving the tone of the film within the up-beast positivity in which it began, and even with a post-credits sequence which ties into the mould of the universe set up within Infinity War, Ant-Man and the Wasp is an MCU movie which is undoubtedly great fun, but one which too feels oddly irrelevant considering the dramatic turn the franchise has taken in wait for next year’s concluding arc to the MCU as we know it.